In my recent job hunting journey, I have attented 8-10 interviews for the Senior Software Engineer post in some of the IT companies in Pune. During which I faced some of below questions on the topic of "Garbage Collection" which I am sharing with you.

I have tried to share all these questions with answers still experts are welcome to have more clarification on the same which will help us to understand more and crack the interview. :-)

What are generations in GC?

After the garbage collector is initialized by the CLR, it allocates a segment of memory to store and manage objects.

This memory is called the managed heap, as opposed to a native heap in the operating system.

There is a managed heap for each managed process. All threads in the process allocate memory for objects on the same heap.

Why there are only 3 generations in garbage collections?

Not certain, but I think as there can be a two object types as per lifetime i.e. short-lived and long-lived so accordingly 3 generations are sufficient to handle these objects like,

(Experts are welcome for more clarification on it, thanks)

Is there any way by which we can pin object for later reference i.e can we tell GC to not to delete or move that object and will re-reference it at same location later may be by non-managed code?

This is related with the concept of “Pinned Objects” and can be done using “fixed” statement.

The CLR allows us to "pin" an object so that it is not moved during garbage collection. This can potentially have some big consequences for garbage collection, though; the heap is still fragmented if an object is pinned during a pass. What's more is that if the object becomes eligible for compaction after the pass, it's still considered a gen-0 object even though it should have moved to gen-1. C# enables us to pin an object via the fixed statement.

Does GC work similar for Web Application and windows application? Is there any difference?

Note: ASP.NET and SQL Server enable server garbage collection automatically if your application is hosted inside one of these environments. 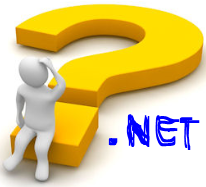