The garbage collector cannot collect an object in use by an application while the application's code can reach that object. The application is said to have a strong reference to the object.

Weak references are useful for objects that use a lot of memory, but can be recreated easily if they are reclaimed by garbage collection.

How GC come to know that object is ready to get collected?


GC normally collects objects when the object is not reachable i.e. not in reference.
The garbage collector uses the following information to determine whether objects are live:


Value types are gets stored on the stack and therefore it gets removed from the stack by its pop method when application is done with its use.

Reference types get stored on heap so gets collected by garbage collector.

C# compiler does not allow you to directly implement the Finalize method; a C# destructor automatically calls the destructor of its base class.


Some more questions on the same topic are at : Advanced Interview questions on .Net - Garbage Collection - Part 1
If you enjoyed this post take 5 seconds to share it! Be Socialable. :-) 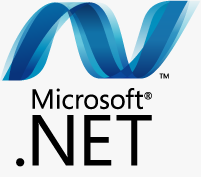